The original recipe for today's meal can be found at Wholesome Dish. It is superb, and my confidence in cooking has returned.

I'm so pleased with how this turned out, let's get straight to it. Final star ratings are below.

While the recipe may seem intimidating because it appears to have a lot of ingredients, don't let it fool you. This is actually quite easy to make. Essentially, you're stirring all the pie-based ingredients together and letting them thicken, then stirring together all the potato ingredients. Super simple and very tasty. 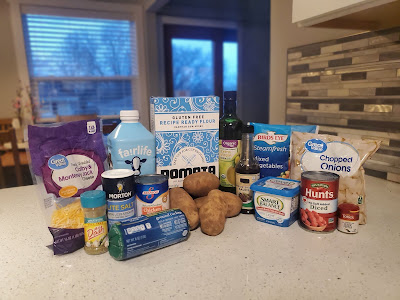 Notes for Next Time: I've never tried making Shepherd's Pie before because I always thought it would be more complex than it actually is. I was pleasantly surprised to find it's easy to make, and the taste is just what I was hoping for - cheesy and comforting.

If you're someone who would like to save even more time on this recipe, you don't have to make your own mashed potatoes. Buy some pre-made mashed potatoes in the refrigerated section and simply spread those over the top of the meat mixture. If you want a thicker, more crust-like topping, use mashed potatoes from Simply Potatoes. If you would like something softer and thinner, use Bob Evans potatoes.

I opted to make my own potatoes, and I left the skin on. I almost always leave the skin on the potatoes for two reasons: 1) there's some fiber in the skin that's good to eat; 2) peeling potatoes is a pain I choose not to endure.

Having said all this, there are just a couple simple changes I would make. I would definitely add more vegetables - a second bag of frozen vegetables, and I would add bell peppers to the onion and meat when browning. Additionally, I would consider adding another potato. I used 4 potatoes, and it didn't quite go all the way to the edge of the pan. Five potatoes might be just the right amount. Finally, I would probably add just a little more seasoning. I debated between a few different seasoning mixes, and the Mrs. Dash was great. The leftovers, though, didn't have quite as much flavor on day 2 or day 3 as I would have liked. I could either add more (maybe another 1 tbsp total), or try a different mixture, like Litehouse poultry seasoning or Mrs. Dash chicken grilling seasoning.

Despite these potential changes, what I made came out very well. For my first time making it, I am pleased. I feel I have redeemed myself for my second failed caked attempt.

Watch how I made it here:

Recipes Are Guidelines
Recipes Are Guidelines is a living well, recipe modification, cooking and baking adventure blog written by someone who is in no way a professional in the kitchen. She is, however, an expert in nutrition, working as a Registered Dietitian Nutritionist (RDN) and Certified Diabetes Care & Education Specialist (CDCES). The author has lived with diabetes for over 30 years and with celiac disease for nearly 20 years. Using her schooling, previous experience as a supermarket dietitian, and personal experiences with special diets, she wants to help you feel more confident in the kitchen and grocery store. In addition to moonlighting as a "cookatitian," she is the mother of a 10 year old puppy, avid collector of Laffy Taffy jokes, and winner of absolutely no awards or commendations.

Welcome to Recipes Are Guidelines! This is an opportunity for me to push myself further into the cooking and baking realms than I have eve... 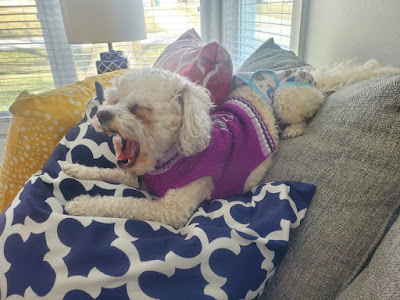